The Concorde Story: 50 years on

On Sunday 2 March 1969, Concorde prototype F-WTSS took to the skies for the first time from Toulouse airport, France with Captain Andre Turcat at the controls.

On 21 January 1976, I was 8 years old when the teacher told us all to gather outside in the rear playground at my school near Heathrow airport. I saw Concorde take off on its first-ever commercial flight.

On 24 October 2003, I was near the threshold of Heathrow’s runway 27R to see the final commercial flight touch down after an amazing 27 years of service.

But the Concorde story began way back in the 1950s in the British Royal Aircraft Establishment (RAE) at Farnborough. A series of reports and investigations lead to a presentation by aerodynamicist Dietrich Küchemann where the idea of a long, delta wing was promoted.

This led to the design and production of the Handley-Page HP.115 prototype. Built at the company’s Cricklewood factory the aircraft flew until 1974 producing slow-speed aerodynamic data for the Concorde programme.

France was simultaneously looking to produce a supersonic airliner. French aircraft manufacturer Sud-Aviation had designed the Super Caravelle. They realised they would need to collaborate with another manufacturer and contacted Bristol. Both companies found that their proposed designs had much in common.

The project was going to be eye-wateringly expensive and required state funding. Agreement was reached between the French and British governments and an agreement was signed on 29 November 1962. The deal included a clause which meant heavy penalties if either side pulled out of the project.

By the time of the first flight, the order book boasted 74 orders from 16 airlines around the world. However, Concorde’s flight testing and development was protracted and in 1973 the OPEC oil crisis shocked the world and pushed up fuel prices. Coupled with this were environmental concerns over noise, pollution and the sonic boom.

Airlines cancelled their orders in quick succession. Even British Airways and Air France stated they did not want to buy Concorde. The project was only saved by an agreement that effectively gave away the aircraft to the airlines in return for a share of subsequent operating profits.

On 21 January 1976, a British Airways Concorde left London’s Heathrow airport bound for Bahrain, while simultaneously an Air France aircraft flew to Rio de Janeiro with a refuelling stop in Dakar, Senegal. The United States had held out against allowing Concorde services, citing environmental concerns, but in May 1976 BA and Air France began services to Washington DC.

Finally, on 22 November 1977, after a local ban had been lifted by the Supreme Court of the United States, Concorde flew into New York’s JFK airport.

Several scheduled routes were tried during the late 1970s and early 1980s, including Singapore, Caracas, Dallas/Fort Worth, Miami and Mexico City, but only London and Paris to New York could sustain consistent profitable operations. BA did have limited success during the 1990s with seasonal Heathrow to Barbados services.

Charters proved popular and opened the opportunity to fly on Concorde beyond the usual business people, celebrities and politicians, Round trip flights lasting just over an hour were offered along with ‘day trips’ to Cairo or Lapland. Concorde was also used for special round-the-world charters.

On 25 July 2000, tragedy struck when Air France Concorde F-BTSC crashed on take-off from Paris Charles de Gaulle airport. Britain and France grounded their Concordes while safety modifications were made.

Concorde re-entered service in November 2001, but the world had moved on. The attacks of 11 September on the United States had reduced the demand for air travel. Also, Airbus had stated that it would no longer supply parts for the aircraft.

Air France flew its last service on 30 May 2003. British Airways engaged in a series of farewell tours before finally retiring the aircraft on 24 October 2003.

The final flight of any Concorde took place on 26 November 2003 when G-BOAF left Heathrow for Bristol Filton airport, returning to its birthplace.

The Concorde story is a fascinating one and not easily told in a few paragraphs. For a comprehensive review of the design, development, service and retirement of Concorde I thoroughly recommend ‘The Concorde Story’ by Christopher Orlebar. Orlebar was a Concorde pilot for several years as well as an accomplished writer and lecturer on aviation matters. 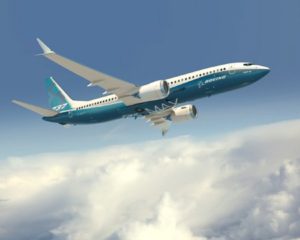 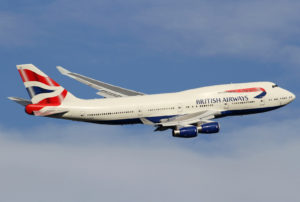